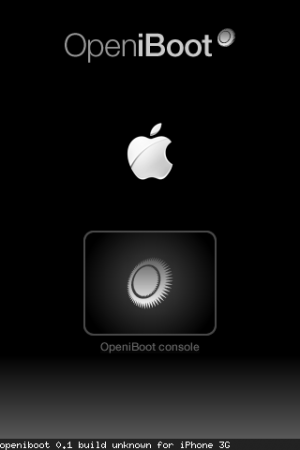 What’s this? An iPhone running on the Linux operating system? It was only a matter of time.

The most closed and controlled mobile development platform has been hacked to run open-source Linux-code! And you thought iPhone Dev Team members were just working to unlock the iPhone 3G baseband firmware…

iPhone Dev Team hacker planetbeing has announced on his blog that he and his team of intrepid iPhone developers have successfully reverse-engineered the iPhone’s hardware drivers, allowing them to boot the open-source Linux operating system on an iPhone. Booting Linux on the iPhone required that the team come up with their own iPhone bootloader, dubbed OpeniBoot, that’s capable of dual-booting into either the Linux or iPhone OS.

At this point, the Linux-on-iPhone team has managed to get a Linux 2.6 kernel ported to the iPhone, iPhone 3G and iPod Touch. Unfortunately, driver support is limited. Linux isn’t practically usable on the iPhone until more interface drivers are released – unless UI-control via SSH through a USB cable is your idea of “practical” – but it’s still good to have a working proof-of-concept.

With this latest breakthrough in iPhone hacking, the iPhone community is on the verge of Linux-computing on their slickly-styled handsets. Most intriguing, however, is the prospect of running the highly publicized Android OS. Google developed the Linux-based Android OS as an open-source mobile platform for use within the Open Handset Alliance, and we saw Android’s inaugural launch in the T-Mobile G1.

Now, with the iPhone mere steps away from being able to run on a fully-working Linux platform, planetbeing has his sights set on porting Android to the iPhone.

If you fancy yourself talented enough to help out with the Android-on-iPhone cause, drop planetbeing a line and further the cause.

For now, you can find instructions on porting Linux to the iPhone here. Download the Linux 2.6 kernel here.

Require additional privacy? Don't want to leave your data on the table while surfing the web on your iPhone? Lucky...