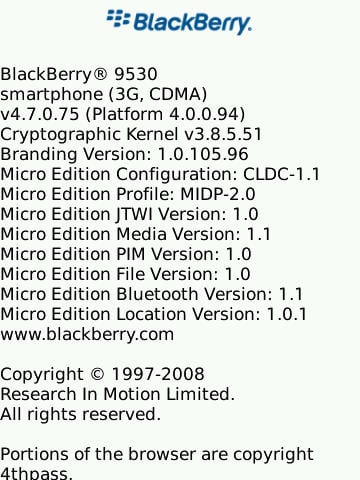 For the thousands of people who were dissatisfied with the BlackBerry Storm’s performance after nabbing one from Verizon, it might be time to take a look into the clandestine world of leaked OS updates. Version 4.7.0.75 purportedly fixes a lot of the lag with the camera and accelerometer response. Now, if the press had this update before launch, maybe there wouldn’t have been such a rash of poor reviews, but obviously carriers and RIM wanted to get the thing out the door and selling before Black Friday. If you were on the verge of retuning your BlackBerry 9530, try out this update – it may wisk all your woes away. Not sure how to update your BlackBerry OS? Check out this how-to for the full explanation. Just keep in mind that this is an unreleased OS, so if you’re jumpy, you might want to wait until things get good and official. BlackBerry OS 4.7.0.76 looks like it could polish things even further…

Hit the jump to see a video of the new OS in action!