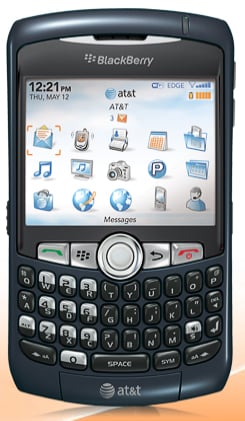 Rolling in after New Year’s Eve, and following up on Rogers’ recent holiday release, AT&T has announced the Wi-Fi BlackBerry Curve for $149.99 on a two-year contract. To sweeten the deal, if you’ve got an unlimited plan you’ll be able to access any of AT&T’s 17,000 nationwide hotspots for free after activation. The release is not a huge surprise, as we had heard rumblings back in September, but it does leave us to wonder what will happen with the Curve line now that the Javelin 8900 is out on Rogers, complete with Wi-Fi – odds are the old Curves will see some significant price reductions once the new ones are out in the U.S. Enterprises interested in picking one up now should take a look at AT&T’s online store.

Just a quick follow-up from our picture comparison of the Telus BlackBerry Storm 9530 and the recently-launched Rogers BlackBerry Curve...