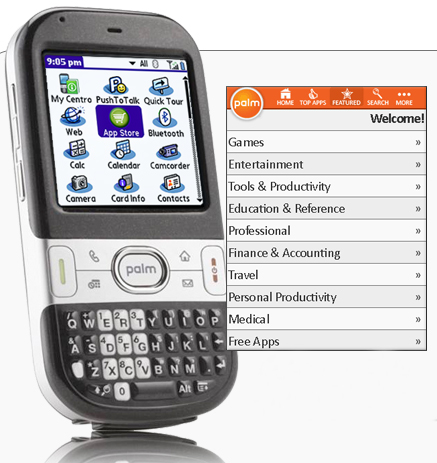 First the iPhone’s App Store kicked things off, then the Android Marketplace came trundling along, and Microsoft revamped the Windows Mobile Catalog, and RIM’s planning their Application Storefront for March, but not to be left behind, Palm has launched their own Palm Software Store. Combined with demos of their latest OS looming from the upcoming CES, Palm is proving that they may be down, but are far from out. There really doesn’t seem anything especially impressive about the app store, but it doesn’t take much to catch up the competition on this front. Since Palm has been around for ages and some Treos are running Windows Mobile, they’ve been able to easily populate the catalog with some 50,000-odd applications. It’s hard to realistically thinkg that this will keep folks from sniffing around the other platforms, but it might keep folks sated until Nova comes out.

To download the Software Store, head on over here.

Palm to Replace Andy Brown With Douglas Jeffries at CFO