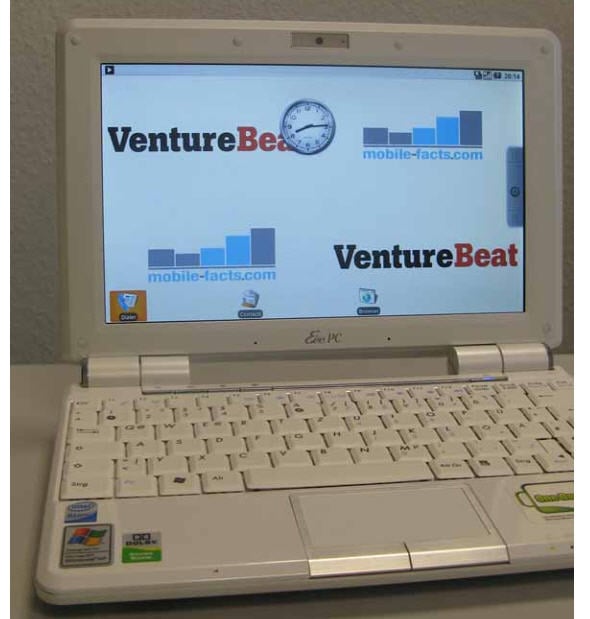 If you’ve been holding out on Google making their own computer OS, some enterprising individuals have shoehorned Android onto this EE-PC here. Aw, our little robot is growing up. Isn’t that cute? Just don’t get too excited – as outlined in their FAQ on the project, there are some fundamental limitations that don’t make it viable for full PCs, but it does foretell a promising future for Android in places other than phones. In terms of evolution, it’s interesting that unlike Windows Mobile, Android is starting with mobile and working its way up to the desktop computer, and just like WinMo, could provide great interoperability between phone and computer operating system; what do you think, will Android succeed it making the leap?

HTC Touch HD Running Android: Could it be the G2?

Lets say you love the look, feel and features of the beautiful HTC Touch HD. I think we can all...