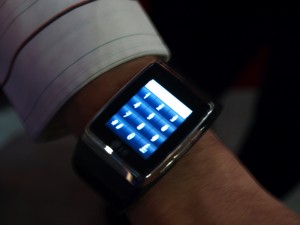 The LG booth tour we took you on previously was missing one of the more significant product launches at CES Las Vegas 2009. The LG Touch Watch Phone was announced here in beautiful Las Vegas, but was unfortunately unavailable for viewing yesterday. Today, however, is a completely different story. We managed to get some one-on-one time with the LG Touch Watch Phone, and we came away with some great footage of the LG LG-GD910 Touch Watch Phone!

LG wasn’t letting anyone lay so much as a finger on the LG Touch Phone, but we’re not going to hold that against them. Launching a new platform is a tricky business and we’re going to assume that LG didn’t want anyone crashing the highly sought-after, and still in development, LG Touch Watch Phone with press from all corners of the world scrutinizing the new watch new phone new Touch Watch Phone. 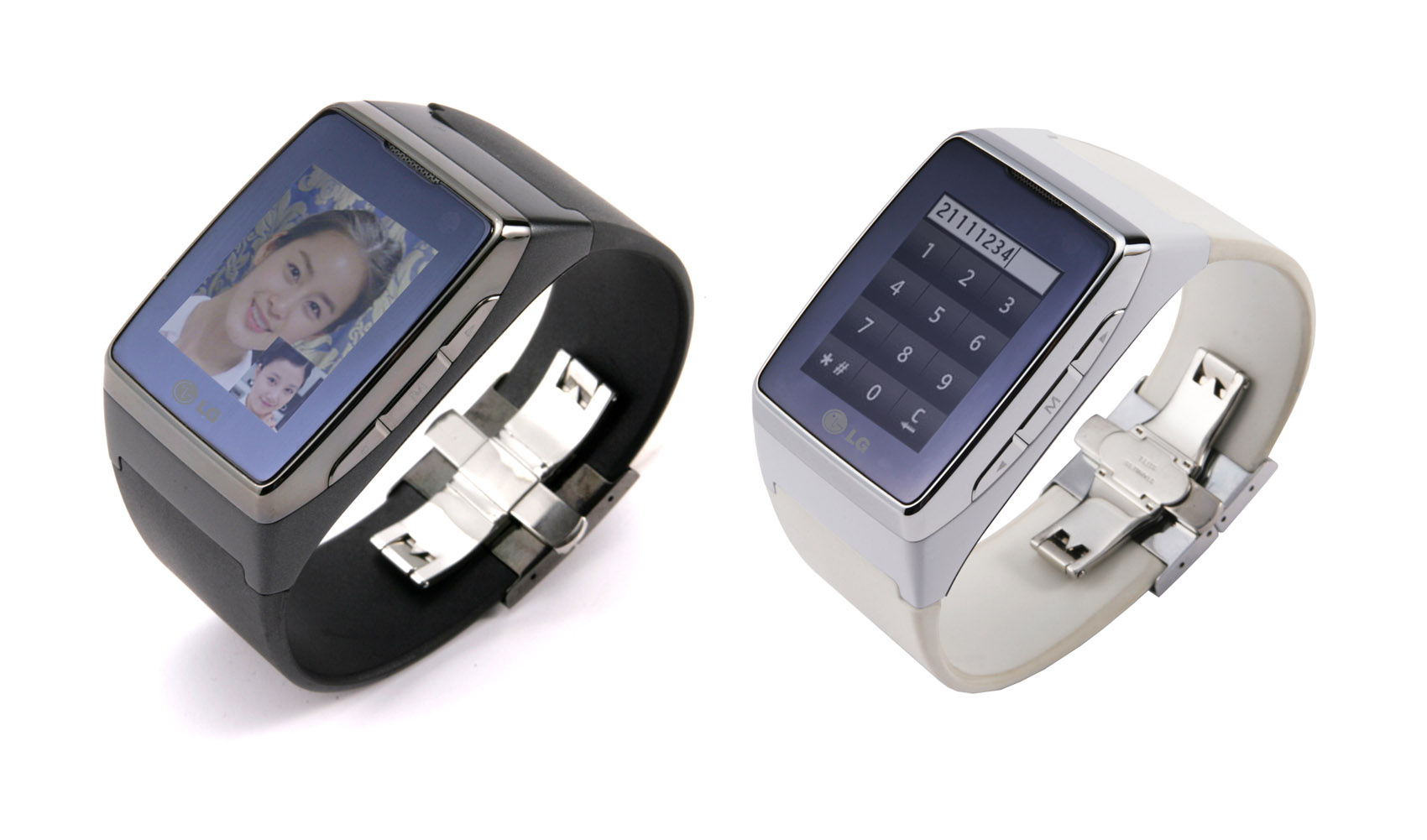 Unlike time-pieces turned mobile phones that have previously been launched, the LG Touch Watch Phone is actually a slick-looking piece of time-telling kit. The sleek metallic casing and refined leather strap lends an an air of elegance to the LG Touch Watch Phone, while the 3G (7.2Mbps HSDPA) data connection, quad-band (850/900/1800/1900Mhz) GSM radio, and 1.43-inch touchscreen makes for a powerful and fully-functional mobile phone watch. 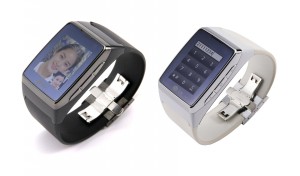 Time is displayed in either analog or digital form on the small-but-usable touchscreen. The LG Touch Watch Phone is powered by LG’s own proprietary Flash UI, which is customized for finger inputs (large icons, and an uncluttered menu make it easy to navigate). And, thanks to the melding of powerful phone features with a watch, the cellphone watch from LG not only tells time, makes calls, sends text messages, and plays music through its integrated media player, it can do video-calls over the 3G data connection (using the built-in camera, of course).

Pricing and availability are not yet known, but LG expects to push the LG Touch Watch Phone to commercial channels in Europe “sometime in 2009.” We’re hoping to see a CDMA variant of the LG Touch Watch Phone coming to the US shortly after the European launch. Can you guess what’s on our list of gotta-have stocking-stuffers for the coming holiday gift-receiving gift-giving season?

This chic, wearable phone is a follow-up to the prototype that LG introduced at Consumer Electronics Show (CES) 2008 and includes a number of upgrades, including a full touchscreen interface, 3G capabilities and video calling. Most importantly, this watch phone will actually be available for purchase.
“Our new 3G Touch Watch Phone is stylish, sophisticated and the height of technology, but it’s also undeniably fun. How else can you reenact those scenes from your favorite sci-fi or spy movie?” said Dr. Skott Ahn, President and CEO of LG Electronics Mobile Communications Company. “The Watch Phone also demonstrates LG’s technological leadership, proving that we can bring all the components in today’s most advanced mobile phones down to a very small scale.”

At first glance, LG’s new Watch Phone appears to simply be a high-end timepiece. The company used materials and stylistic elements found in watches from top manufacturers to ensure that people will be comfortable wearing it for any occasion. The Watch Phone has a curved tempered glass face, high quality metal casing and is a mere 13.9mm thick.

The Watch Phone is as technologically advanced as it is stylish. It is the first touch watch phone in the world to feature 7.2 Mbps 3G HSDPA compatibility, enabling high-speed data transmission and video phone calls using the built-in camera.

LG did not sacrifice functionality in favor of size and the Watch Phone is fully capable of sending text messages, making phone calls, and, of course, keeping accurate time. This is all achieved using the phone’s touchscreen interface on its 3.63cm (1.43-inch) screen and LG’s intuitive Flash Interface.
Voice recognition features, which can be used with or without a Bluetooth headset, make it easier to place calls and look up contacts. Text to Speech (TTS) reads text messages and other information out loud for even greater convenience. The phone also includes stereo Bluetooth and a built-in speaker for playing back music files. A large phonebook and scheduler help with organization.

“This Watch Phone is the result of a great deal of research and development, something that is very important to us at LG. We will continue to invest in creating innovative new products and technologies like this and setting trends in the mobile phone industry,” Dr. Ahn said.

The 3G Touch Watch Phone will be first unveiled at the CES 2009, being held in Las Vegas from January 8 to 11. At the show, LG will demonstrate some of the Watch Phone’s main features including its Flash Interface, MP3 player, Voice Calling, Text messaging and Text to Speech. The phone is set to go on sale in Europe sometime in 2009.