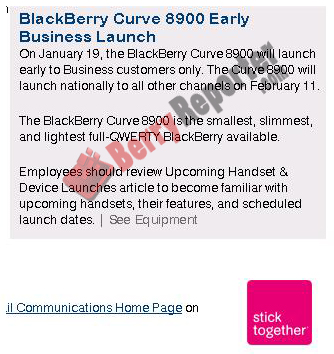 Those who just can’t wait the whole month before the new BlackBerry Javelin Curve hits consumer channels on February 11th., business customers can get hooked up as early as next week. T-Mobile’s 8900 made the rounds at CES, winning over lots of folks with its slim profile and robust feature set, but we’re still hurting for lack of 3G. Rumours of CDMA and 3G variants of the new Curve seem likely for 2009, and I wouldn’t put it past RIM to even make a touchscreen version down the line,  but for the time being the BlackBerry 8900 will offer a fine alternative to the Bold.

What we have here is yet another clone device. This time certain handset maker cloner decided to go for the...