Apple is being sued yet again by an irate iPhone 3G owner in Northern California. Disgruntled iPhone 3G user Jason Medway filed a 14-page suit that includes himself and all iPhone 3G owners in California as part of complaint. In the suit, Medway alleges that Apple has continued to push iPhone 3G sales with the knowledge that Apple handset’s 3G data connection was faulty. Medway claims that the hardware defect in the iPhone 3G is preventing the smartphone from maintaining a consistent connection to AT&T’s 3G network.

“Despite knowledge that the iPhone 3G cannot maintain consistent 3G service, defendant continues to solicit new orders in a multimillion-dollar television and print advertising campaign for the 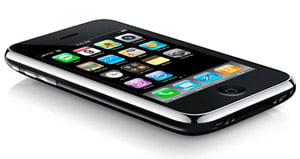 iPhone 3G,” the complaint says.  “Apple simply replicated the problems by providing consumers with replacement phones and thus subject to the same issues which prompted the replacements.”

And, in an effort to bring justice to all those iPhone 3G owners in California that Apple apparently wronged, Medway and his attorneys are seeking upwards of $5 million in damages, and demands that Apple hand over all profits from iPhone 3G sales, with interest, no less. Of course, attorneys’ fees are included in the suit.

We’ll see how this latest lawsuit pans out. Apple is no stranger to lawsuits regarding its iPhone 3G. We’ve seen plenty of court-filings from iPhone users disappointed with their device. But, given that a recent Wired survey found that 3G data performance depended on a particular wireless carrier’s network, rather than the hardware, we can’t see this lawsuit gaining much traction with the courts.

The Samsung Propel which was launched on AT&T this fall is getting some company from a bigger brother, the Propel...