When the FCC isn’t busy giving us sneak peeks at up-and-coming mobile phones destined for the US, we look to the Bluetooth SIG to give us a heads up on unannounced hardware. The latest piece of mobile kit to get an honorable mention on the Bluetooth SIG’s website is the as-yet unannounced HTC Cedar – presumably the same HTC Cedar that we saw allegedly leaked out with the rest of HTC’s 2009 lineup. 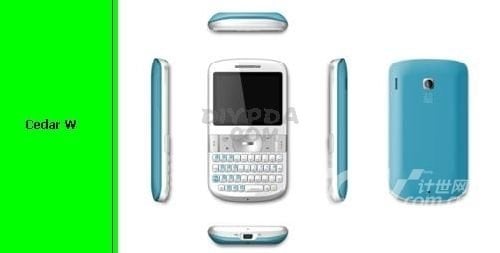 The HTC Cedar looks like a rather unassuming QWERTY smartphone, but we’re going to withhold any judgment until we get more details on the handset. Look for HTC to show off at least a few of their upcoming handsets at Mobile World Congress!

Last we had heard of Windows Mobile 7, it was going to be released right about, oh, now, but I...