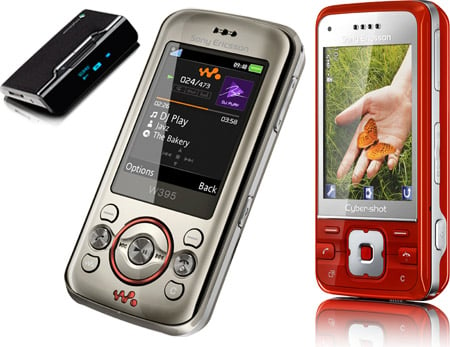 Sony Ericsson is out with three new products – W395 Walkman, C903 Cyber-shot phones and AB900 car speakerphone. Let’s briefly go through each one of the devices announced:

Final note – the fact that Sony Ericsson announced these three devices before Mobile World Congress leave us wondering what are their plans for the big event in Barcelona. Guess Hikaru will be on the show then, but what else? Anyone dares to guess?

If you're a Sony Ericsson fan, by now you're probably aware they are preparing to roll-out the best-yet Walkman phone...