After a whole lot of talk, Acer has finally entered the smartphone market with four handsets in a Windows Mobile series dubbed Tempo. They all run Windows Mobile 6.1 and pack stylish touchscreens, but each with their own individual twist. 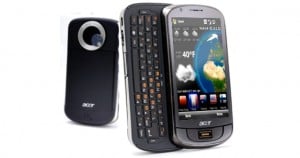 The Acer M900 takes up Acer’s slider spot, and as such has the beefiest features of the whole lineup. A 5 megapixel camera,  a 3.8″ WVGA (800 x 480), HSPA, WiFi, Bluetooth, full QWERTY keypad, and even a snazzy fingerprint reader. 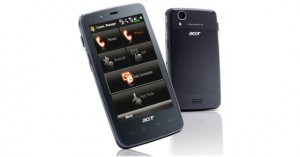 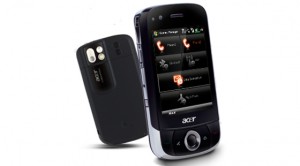 The X960 is carrying a slightly smaller touchscreen, weighing in at 2.8″ VGA, but still has HSPA, WiFi, Bluetooth, 3.2 megapixel camera and GPS. This one looks like more of a midrange smartphone and should be going for a little bit cheaper than its brothers in the Tempo series. 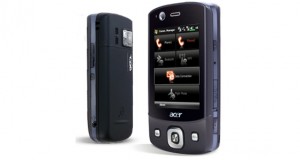 The DX900’s biggest pull will be its dual SIM slot running both EDGE and 3G, but otherwise looks an awful lot like its Tempo bros.

Oddly, no sign of that weird swivelling thing we saw a few weeks ago. Maybe it got pulled at the last minute, or perhaps it’s something they’re saving for CTIA Wireless next month. Although it’s cool that Acer’s really getting into the game, and it looks like they’re setting a pretty solid foundation for the future, but I dunno… Don’t they all look kind of samey? They’re clearly throwing their chips in with the touchscreen form factor, but they’re still a bit chunky, and the UI is fairly basic. We’re certainly willing to throw them a bone  for their next batch of devices slated to run with Windows Mobile 6.5.