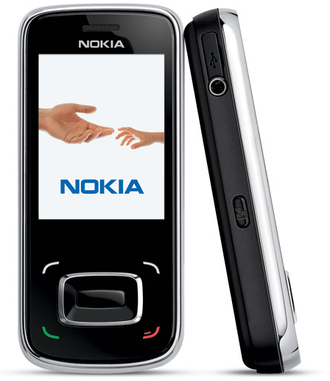 Remember that cool-lookin’ Nokia 8208 that we saw revealed back in July 2008 along with Nokia 3608? Well, the Finnish giant finally made it official.

The stylish device is made to sing along EV-DO 3G, bringing dual-slider form factor to the CDMA world. In addition, the 8202 also packs a 3-megapixel camera, 2.2-inch QVGA screen, Series 40 user interface, dedicated music-playback keys, FM radio, standard 3.5mm audio jack, GPS (although it’s a market dependent feature), 150MB of internal storage and microSD expansion slot that support memory cards of up to 16GB. Size wise, it measures 101×45.2×15.9 mm and has a weight of 126.3 grams.

In a nutshell, the Nokia 8208 is a good-looking music-centric feature phones, that we’re sure will find its place on the market later in the quarter when it gets released. We don’t know which carrier(s) will pick it up, though.

Vodafone might have stolen the world-stage yesterday with the announcement of their Android-powered HTC Magic (G2, if you will), but...