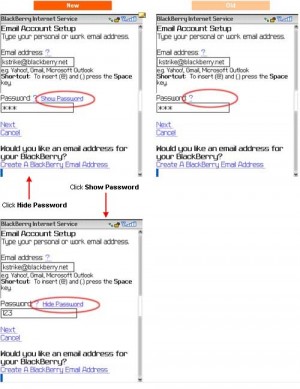 RIM’s knowledge base recenetly published features of the upcoming version 2.6 of BlackBerry Internet Service, most predominately highlighting integrated IMAP support for Gmail, so reading Gmail messages on your smartphone will show the same read status from the web browser. Unfortuantely, this sync is only one way, so reading messages from the browser won’t push that status to your phone. After seeing some upcoming changes on the enterprise side, I’m hoping that flags and categories (stars and tags in Gmail’s case), will see the jump to BIS as well. A few other tweaks, like Dutch language support and improved password display during setup, will also come in the update. We’re still holding our breath for that super-cheap @ BlackBerry e-mail program that will supposedly be launching with this update. As for release window, odds are carriers are putting the gears in motion to roll this out now and will likely have everything set in the coming weeks – keep your eyes on your inboxes, Gmailers.

Full feature list and screenshots of BIS 2.6 behind the jump!

BlackBerry smartphone users have the option to display password characters when configuring email addresses with the BlackBerry Internet Service. This feature makes it easier

includes instructions on how to leave email messages on the messaging server for successful delivery to the BlackBerry smartphone. For more information, see KB17404.

Option to change signatures from the BlackBerry smartphone

Dutch is now an available language for the BlackBerry Internet Service 2.6. For a list of all supported languages, see KB12859.