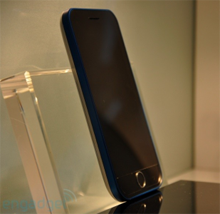 If you were intrigued by the Huawai Android Phone that appeared at MWC last week, you were no doubt curious as to when the device would be available for purchase. Originally the rumor was the device should be ready for prime-time by Q3 2009, and that rough estimate is looking to be more and more like the reality.

The folks at SlashGear have reported that Huawei has signed a deal with T-Mobile by Q3 of this year… and this new device could be just the tip of the iceberg. There could be another device coming down the tube, however it will probably carry another brand name on the front.