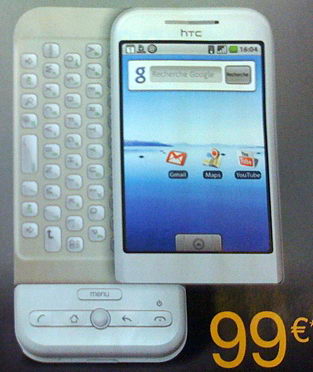 The HTC Magic may be coming in April, but for Google lovin’ French there’s the HTC Dream which will reportedly go on sale on March 5th. Interested users will be able to grab the full AZERTY keyboard-equipped, Android-powered smartphone for 99 EUR on a two-year contract. Unfortunately, it’s not just any contract but the so called “Origami Star Plus” plan, which costs 42 EUR per month.

In related news, other French carrier, SFR, will bring the HTC Magic to the country since there’s no Vodafone around. This will happen few months later, leaving tons of space for Orange to pride itself as the “first GPhone carrier” in the country.

Any French in audience? Will you grab any of the two?

In a strange little bit of fun news, the HTC PR department has somehow managed to do something quite interesting....