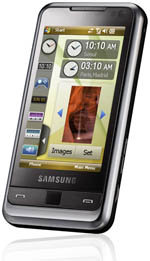 Word has it that upcoming versions of the Samsung Omnia will not only be running Symbian, but Android and other operating systems as well. What about Windows Mobile, like we were expecting? Apparently that’s not going to happen, purportedly because Microsoft was taking too long with updates. Yeah, Ballmer was talking about moving more quickly as of 6.5, but too little too late, as they say. Of course, it’s not entirely a surprise that Samsung will be hopping on the Android bandwagon – after all, we’ve seen some pictures of such a device crop up recently, and the Korean giant has openly acknowledged interest in creating a high-end Android phone for awhile now. It will be quite the test to see if Android can fill Windows Mobile’s (or even Symbian’s) shoes in such an established line, but if it can pull it off, the platform will cement itself as more than just a developer’s sandbox.

Times are tough. For corporations, tough times usually leads to a few employee layoffs and asset fire sales. In this...