Twiggy’s a vaguely derogatory way of calling a phone slim, don’t you think? Not only does it potentially have some self-image issues, we’re having some image-focus issues here, too, but I guess we’ll take what we can get. The only thing we really know about Twiggy MS500 is that it’s packing a 3.2 megapixel camera (no AF), and a QVGA TFT screen. We’re not sure of its status (the source speculates that the Twiggy is was cancelled), but something that slim with a 3.2 megapixel camera can’t be that bad…Hopefully we’ll see more of this one soon.

UPDATE: We got another picture that looks a touch more official. Markedly resembles the W350 announced last year, and should prove to be a worthy successor. 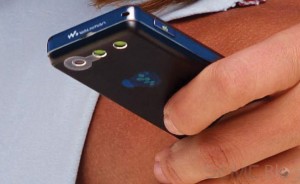