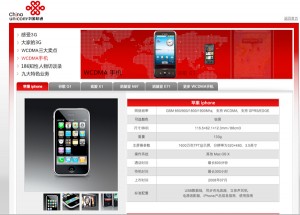 A WCDMA iPhone has popped up on China Unicom’s online store, and based one some tricky navigation of the translated site, is due to land in July. China Unicom had confirmed that they were working on bringing the iPhone to the mainland, but there’s also China Mobile lined up to get their offer underway as well.  Even though both carriers seem to be on the cusp of a launch, upcoming contract-less iPhone 3Gs from AT&T may provide lucrative business from those who just can’t wait. Between China Unicom and China Mobile, Apple will need to crank out a lot of iPhones, and certainly justifies their ramped-up production.

Chinese bloggers have posted images of what is rumored to be the Lenovo OPhone's OS. Taking a quick look above,...