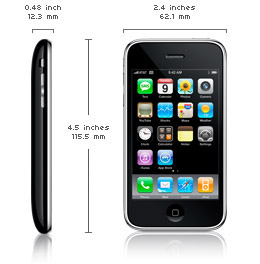 By now it’s clear that Apple has its hands full trying to deal with the deluge of iPhone developers straining its iPhone AppStore infrastructure. Apple was apparently unprepared for the flood of iPhone application submissions, leading to the iPhone-maker’s continued backlog in approving iPhone apps for the App Store. Now, we’re hearing of even more egregious payment and customer service delays from disgruntled iPhone developers. It seems Apple is repeatedly delaying their payments to devs and, in some cases, shorting their payments by thousands of dollars.

Apple typically sends out month-end iPhone application financial reports to iPhone developers. The email breaks down a particular iPhone app’s performance and details how much money the developer will get. But, in February, Apple send out an email to developers warning them to expect a delay in their February financial report.

Apple has also been reportedly ignoring iPhone developers’ communications. iPhone devs are complaining of Apple completely ignoring their emails, phone hold times as long as an hour and customer service reps simply hanging up on waiting callers. The iPhone maker is known for its consumer customer service excellence, but it seems that same commitment to service failed to carry over to the developer side of Apple’s iPhone business.

Apple likely has its hands full at the moment, what with the iPhone 3.0 OS due out in a few months alongside some new iPhone hardware. But, that doesn’t excuse the company’s egregious lack of coordination and communication with its iPhone developer community. Let’s hope Apple gets their act together before the iphone 3.0 OS goes live.