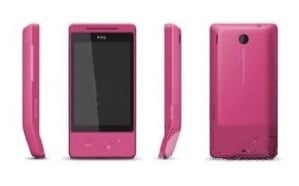 The folks over at Mobinaute have learned that Orange France plans to launch six (yes, SIX) new Android-powered handsets in 2009. The lineup will include devices from Sony Ericsson, Motorola, LG, Samsung and HTC.

Orange of course already has the G1 up-and-running within France, and are apparently planning to back that up with the launch of the HTC Hero… which we all remember made an appearance in the HTC 2009 roadmap. On top of this, Orange will reportedly follow up the Hero with another HTC Android device in a slightly different form-factor.

Lastly, Orange France (according to the source) has also confirmed to customers that the much elusive ‘Cupcake’ update will be available to current G1/Dream users by late April.

Much rumor and speculation here. If I’ve learned anything about Android rumors over the past few months… it’s that I’ll believe them when I see them.