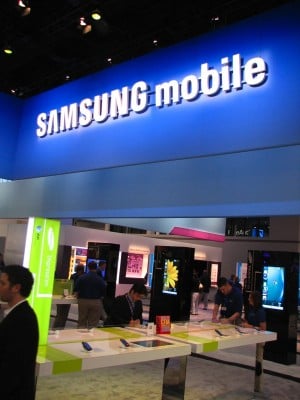 We’ve seen some very sketchy signs of an Android phone from Samsung, but nothing that you’d call concrete. Well, Dr. Won-Pyo Hong, executive vice president of global product strategy, has confirmed one Android phone outside of the U.S. will be launching in June, with two more coming to American shores sometime in the second half of this year. It sounds like Samsung is doing a lot of custom work on the OS, as well.

With the OPhone peeking out its head a lot lately, I think we’re going to be flush with new Android devices in the near future, and not just something churned out by HTC with, as Hong says, the “Google Experience” loaded on. How manufacturers tweak and shape the OS will really determine how the platform takes off in the long run.

You've seen the photos, now it's video time. The long-anticipated, cool-lookin', Android-powered, slated for China Mobile, Lenovo OPhone has been...