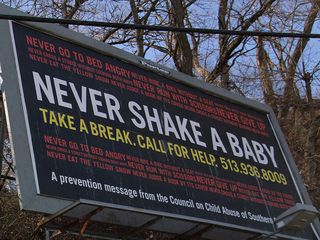 Baby Shaker was everything but “yet another $0.99 application.” It was designed to “help” nervous people get their relief by shaking a virtual baby.

The problem was that Apple actually approved the application for the AppStore, despite their efforts to filter out the inappropriate content. We’ve read stories that apps such as the one which showed a picture of a knife and emitted screaming sounds, and a game that let people pretend to be drug dealers, were rejected. So why on Earth Apple allowed Baby Shaker is beyond me.

Whatever the reasoning behind that decision, the application is now out of the AppStore for good, after spurring enough controversy. Organizations like the National Center on Shaken Baby Syndrome and the Sarah Jane Brain Foundation condemned the Cupertino-based company for approving the game’s sale.

Apple was expected to serve up their 1 Billionth (with a capital B) App Store download today, and lo and...