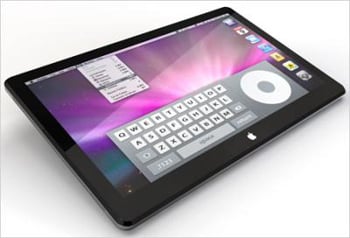 Everybody and their grandmother are asking when the iPhone is coming to Verizon Wireless. With over 80 million wireless subscribers in the bag, it’s clear that much of America is still an untapped iPhone market. We heard yesterday that Apple was negotiating with Verizon for the next iPhone product, and now BusinessWeek is claiming to know what they’re haggling over: a full-touchscreen tablet device and a smaller, cheaper version of the iPhone. There’s even talk of the new Verizon-bound Apple devices hitting market this summer.

The iPhone lite rumours have been circling for a long time now, so we’ll take that with a grain of salt, but the prospect of an LTE-powered touchscreen media pad sounds all sorts of awesome.  On top of blowing the Amazon Kindle out of the water, it would address Apple’s apparent aversion to the netbook craze while also addressing it competitively.

How these negotiations will affect Apple’s talks with AT&T are pretty clear – Jobsy will be able to leverage their other option (America’s biggest carrier) to put on the squeeze. Prototypes of both the iPhone Lite and media pad are apparently already out there, which, if true, means that Apple is serious about going CDMA with new mobile hardware – possibly by this summer. But, with AT&T and Apple tied up through 2010 in their iPhone exclusivity contract (which AT&T is desperately trying to extend), is there really any chance of seeing Apple hardware on Verizon Wireless’s network? There sure is!

AT&T and Apple have an iPhone exclusivity contract. The key here is that AT&T is to be the sole US distributor of iPhone-branded hardware. So, what’s stopping Apple from pushing non-iPhone brands through VZW? The rumored Apple Tablet and “iPhone Lite” could very well launch without any iPhone-branding, allowing Apple to give Verizon a chance to offer eager subscribers clamoring for a piece of the Apple pie.

Apple may use their ongoing negotiations with VZW to force AT&T’s hand in extending the iPhone deal or it may just loop-hole itself around the AT&T contract and launch new hardware on Verizon Wireless. Whatever the case, it should be an exciting few months!