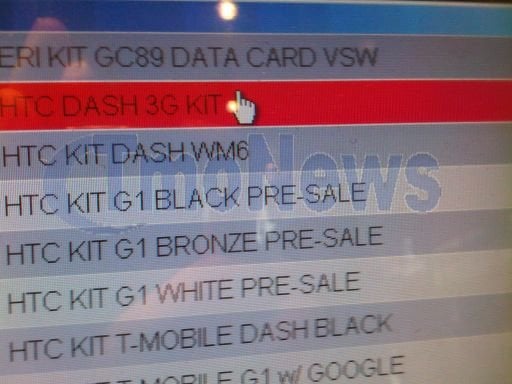 Remember that T-Mobile inventory shot that revealed the HTC ‘MyTouch 3G’? Well, our buddy David over at TMoNews clearly has more shots in his back pocket and is time-releasing the information for maximum effect 🙂

Today I noticed he has a little more info, albeit not quite as exciting as the MyTouch/G2 news. This time around a new screen capture of T-Mobile’s inventory shows that the Dash is getting a boost up to 3G speeds. Me thinks we’re going to see a lot more 3G goodness from T-Mobile this year, as they make continued efforts to catch up to the big boys.

Palm Pre Training to Begin May 6th for Sprint Employees

Late yesterday we brought you news of the Palm Pre supposedly hitting Best Buy stores in limited numbers this June....