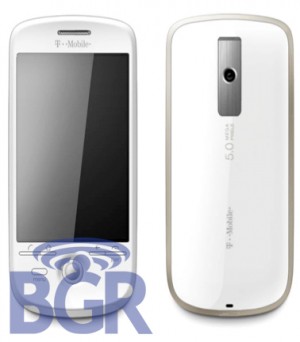 While we still don’t know precisely what T-Mobile will be calling their second-generation Android phone, word on the street is that the HTC Magic (codename: Saphhire) will be known as the T-Mobile MyTouch3G on launch. And, thanks to BGR‘s newly leaked photo, it looks like T-Mobile may be getting ready to launch the HTC Sapphire (aka Magic/G2) with a 5-megapixel camera.

The rest of the developed world is apparently going to have to make do with a 3.2-megapixel camera in the HTC Magic, but it seems that the US will be getting some special attention. The leaked T-Mobile product image clearly shows “5.0 megapixels” branded on its backside. So, unless this image is a complete fake, we’re looking forward to some high-resolution photo-sessions with our future G2!

If true, the US-variant of the HTC Sapphire (possibly launching as the T-Mobile MyTouch3G) will sport an uprated camera unit and will launch sometime in July. Pricing is expected to hit $179 with 2-year contract.

Bell is at it again this morning. They've gone ahead and launched a blue version of the Samsung Vice. The...