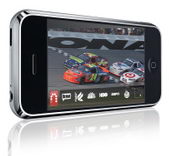 AT&T forced Sling Media’s hand in gutting 3G connectivity from the SlingPlayer Mobile iPhone application. The decision to limit the streaming-TV application to WiFi networks was presumably made to protect AT&T’s 3G network integrity. Should a million, or so, iPhones all of a sudden start streaming SlingBox broadcasts over the 3G network, AT&T might very see their data network buckle at the knees. The move has drawn so much harsh criticism that AT&T has issued a statement:

“Slingbox, which would use large amounts of wireless network capacity, could create congestion and potentially prevent other customers from using the network. The application does not run on our 3G wireless network. Applications like this, which redirect a TV signal to a personal computer, are specifically prohibited under our terms of service. We consider smartphones like the iPhone to be personal computers in that they have the same hardware and software attributes as PCs.

That said, we don’t restrict users from going to a Web site that lets them view videos. But what our terms and conditions prohibit is the transferring, or slinging, of a TV signal to their personal computer or smartphone.

The Slingbox application for the iPhone runs on WiFi. That’s good news for AT&T’s iPhone 3G customers, who get free WiFi access at our 20,000 owned and operated hot spots in the U.S., including Starbucks, McDonalds, Barnes & Noble, hotels, and airports. AT&T is the industry leader in WiFi.”

Right, so AT&T would have us all believe that the ToS prohibits streaming TV broadcasts to personal computers like the iPhone. Meanwhile, non-computers like BlackBerry, Windows Mobile, S60 and Palm smartphones are pulling down SlingBox streams over 3G with no problem. At least AT&T admits that SlingPlayer Mobile for iPhone could “create congestion.”