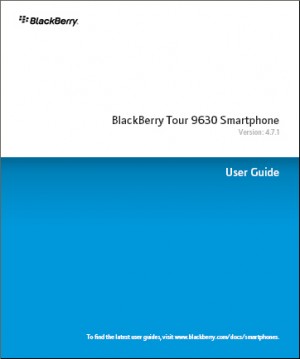 The BlackBerry 9630 still hasn’t seen an official announcement, despite the full video rundown and photo shoot, but to complete the circle of leakage, the user guide has now spilled out. Honestly, there’s not much there that sets it apart from your standard BlackBerry manual, and will be pretty dry reading for all but the most froth-mouthed BlackBerry fanatics. There were no signs of OS 5.0 in the user guide, so it’s probably safe to assume it’ll be packing OS 4.7, as scoped in the leaked devices. We can only hope it gets smoothed out before launch, considering Verizon gave 4.7 a thumbs-down for the Storm.

If you've gone through the webOS videos and still crave more, here's some light reading (PDF lnk) to tide you...