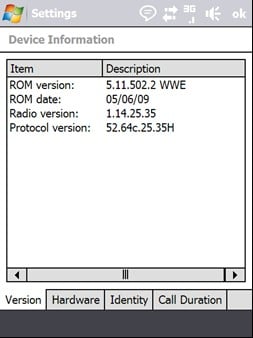 Actually, HTC released a new ROM update for the AT&T Fuze (the HTC Touch Pro with AT&T branding), only to take it down shortly afterwards. There’s talk of some ROM buggers that needs fixing, but we’ll get to that later. We have confirmation that the AT&T Fuze ROM update brings with it a slew of new features that’s sure to add a dash of that “new phone” feel to your AT&T-branded Touch Pro.

The ROM update has been removed for random bugs. Sit tight, HTC will likely have the ROM back online soon.