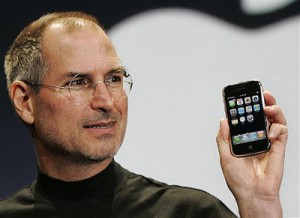 Tim Cook has been manning the helm at Apple’s Cupertino, CA headquarters since Steve Jobs went on hiatus due to his declining personal health. Cook has been doing a bang-up job in keeping Apple at the top of its game, but new reports hint at Steve Jobs’s return to Apple as the iPhone-maker prepares to wow the world again with yet another iPhone-dominated WWDC.  In fact, Mr. Jobs may be returning to the WWDC keynote stage in order to launch the new iPhone, or perhaps another Apple device. 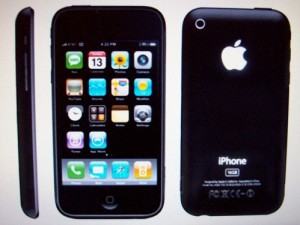 The upcoming iPhone looks a lot like the current iPhone

The Wall Street Journal is reporting that the Apple CEO’s physician has said that “Mr. Jobs’s recovery “is coming along” and he is on schedule to return to work later this month.” Jobs is not expected back at Apple until the end of the month, but insiders familiar with the situation say that Apple is trying to coordinate Steve’s return to Apple with an upcoming product launch.

The only product launch we can think of coming out of Apple this month would be the new iPhone, an iPhone Nano, possibly two new iPhones, or even an Apple Tablet of some sort.

While the Best Buys and Radioshacks throughout the US will have to make do with the handful of Palm Pre...