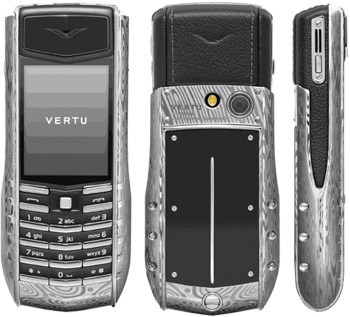 Vertu has prepared a new version of its Ascent Ti handset. It’s the Vertu Ascent Ti Damascus Steel, which is probably the single toughest luxury phone on the market. Sure it’s not Sonim, but it’s should sustain just about anything.

The trick is in the “ancient steel forging” technique Vertu used to increases the metal’s hardness. Apparently, this technique was used throughout the centuries to make such things as Samurai swords or Indian Wootz swords.

Nokia’s luxury arm prepared only 100 of these, and each one of them comes with unique hand-made swirl designs. The price is unknown at the moment, but we’re guessing couple of thousand bucks will get you one of these hard babies. 😉

Many have been waiting some time now for the Sony Ericsson Xperia X1 to make its way to Canadian territory....