While Palm Pre fans are still coming to terms with the Palm Pre’s sell-out launch success on Sprint’s US network, and iPhone fans look forward to Apple’s new iPhone (iPhone 3G v3) at WWDC, we’re seeing some juicy rumors leaking out elsewhere in the blogosphere. Thanks to an alleged insider, we now have what is purported to the detailed specifications for Sony Ericsson’s upcoming XPERIA X2 “Vulcan” Windows Mobile smartphone. 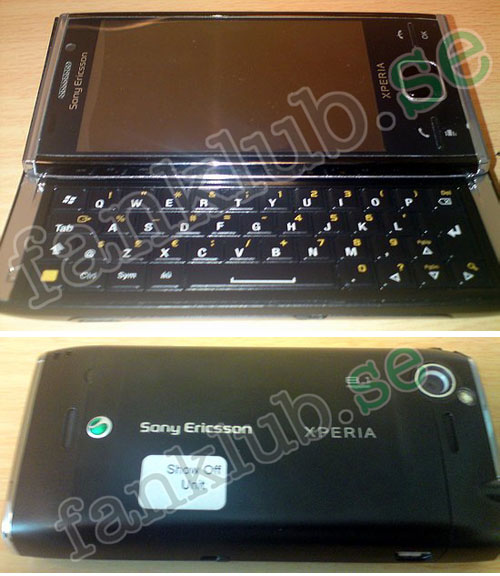 The XPERIA X1 debuted Sony Ericsson’s Panel UI overlay that did a great job of hiding Windows Mobile’s, uh, shall we say “uninspired” UI. The XPERIA X1 also launched the Swedish-Japanese mobile phone maker’s ultra-high-end XPERIA smartphone brand. The X1 was packed to the gills with high-tech goodies, but the first-generation smartphone cold stand some improvement.

The next-gen XPERIA is expected to rock a larger touchscreen display and sport a more capable processor and loads of RAM. Here’s what we’re told about the Sony Ericsson XPERIA X2 (edited for clarity):

It’s not clear if the new XPERIA X2 will take advantage of the more finger-friendly Windows Mobile 6.5 user interface by using a capacitance-based touchscreen. The larger, 3.5-inch WVGA OLED display already sounds amazing on its own. If Sony Ericsson manages to fit their XPERIA X2 with a capacitance touchscreen to replace the X1’s resistive touchscreen, it may well prove to be the baddest touchscreen on the planet!

As for the rest of the spec-sheet, let’s hope it stands the test of time. The XPERIA X2 could end up taking on the likes of the Palm Pre and the new iPhone. What say you? Pre? iPhone? X2?

New iPhone leaks ahead of WWDC

Apple's WWDC 2009 conference is still a couple days away, but we may have spied the new iPhone... again. French...