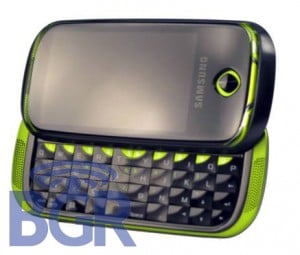 The T-Mobile G1 v2, known to us as the “Bigfoot,” has been rumored to be coming down the pipeline in short order. As the spiritual successor to T-Mobile’s inaugural Android smartphone, the Bigfoot promises pick up where the G1 left off. Today, we’re given another look at the Bigfoot. Boy Genius just posted another leaked photo of the upcoming Android-powered handset from Samsung, and it’s sporting a slightly different look than what we’ve seen in previous Bigfoot leaks.

As we get closer to the Bigfoot’s launch on T-Mobile this summer, details on Samsung’s Android phone are becoming clearer. The Bigfoot is likely going to hit market packed with all sorts of smartphone goodies – GPS, WiFi, 3G data connectivity – but we’ll have to wait for T-Mobile to out the official details. For now, Boy Genius is reporting that we can expect to see the Bigfoot sporting a 3.0-megapixel camera and a 3-inch AMOLED capacitance touchscreen. Samsung has been all about their AMOLED displays, so we’re looking forward to a super bright and crisp touchscreen on the Bigfoot.

As for colors, anyone else diggin’ the “radioactive green” look?

There aren't too many sweeter combinations of words to hear than "portable" and "hotspot." Especially for mobile geeks enthusiasts like...