One of the nice things about working for a corporation is having your employer pay your phone bill. I once racked up a €1500 bill at Nokia during a weekend in Germany and making my phone a wireless access point. Those were the days. 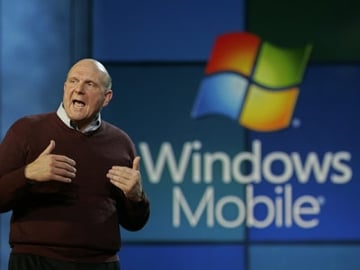 If you work for Microsoft, you used to be able to get the data portion of your bill subsidized, regardless if you used an iPhone or a BlackBerry. Not anymore. Due to a tough economy, people buying dinky little netbooks running Windows XP, Windows Vista being a flop (even though it’s just bad PR), and massive job cuts, you’re now going to have to live with a Windows Mobile smartphone if you want to check your email and Facebook on the go. Silicon Alley Insider contacted Microsoft to see if these claims of making people use their ancient relic of a smartphone operating system were true and a representative stated: “This policy took effect as part of the broader cost saving measures announced earlier this year.”

This brings up a question: why do some smartphones cost more than others to own per month? I never understood this. BlackBerry I understand since they require an extra server component to work, but the iPhone or the Palm Pre, or any other smartphone, why is it that depending on the device you use, an operator can charge you more or less. Smells like shit to me, and I know it smells like shit to AT&T users out there too who have friends with cheaper bills simply because their device has the $19.99 unlimited data plan, versus the $29.99 unlimited data plan.

The Sony Ericsson XPERIA X2 hasn't even been officially outed by Sony Ericsson, yet we already know that the XPERIA...