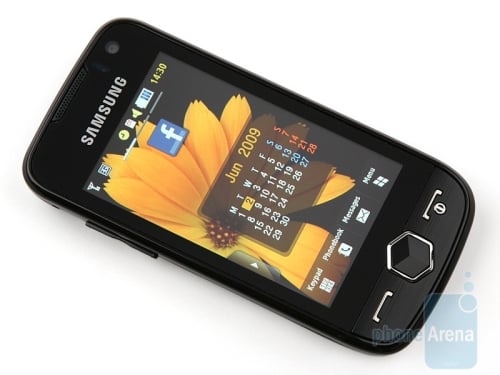 The Samsung Jet (aka S8000) has just been announced by Samsung USA, and the title of the press release is a bit offensive: “Samsung Jet – Smarter Than A Smartphone.” What exactly does that mean? Samsung says that the device supports multitasking and has Microsoft Exchange support baked in, but what about applications and an app store?

I am impressed by the 3.1 inch WVGA screen (800 x 480 pixels) that supports 16 million colors. Samsung seems to be the only manufacture out there trying to get OLED into as many devices as possible. I have no idea what their “Dolfin Web browser” is about, and I urge Samsung’s public relations people to take a look at how Apple, Sony Ericsson and Nokia write their press releases because no easy to find spec sheet makes me one disgruntled blogger.

Luckily Phone Arena has a prototype and has posted a preview! They’re happy the device has a standard 3.5 mm headphone jack and microUSB port, surprised to see the browser supporting Flash content, and genuinely think the device will do well if it is reasonably priced. Wish I could tell you when it will ship and how much it will cost, but only Samsung knows that and they’re not sharing the details.

Any Samsung device owners actually use and like the TouchWiz UI? I don’t see the appeal, but then again I’ve been a Nokia man for a long time.

Samsung Louvre B7610 is the Omnia Pro?

And we have more details to share about the Samsung's upcoming Windows Mobile smartphone - Louvre B7610. From what we're...