Today is the second day of the Mobile 2.0 Europe conference. Yesterday was the developer’s day, which I missed to attend HiT Barcelona. Again, it’s a small conference, but there seems to be more enthusiasm in the air than at HiT event. The reason may be that it’s taking place in a smaller venue at Esade Business School.

Anyway, I arrived in the midst of “Openness” panel where we’ve heard Matthaus Krzykowski from VentureBeat, Pat Phelan from Cubic Telecom, Andreas Constantinou from VisionMobile, Christian Sejersen from Mozilla, and Jacob Lehrbaum from Sun Microsystems discussing what the “concept of open” brings to the industry. Symbian Foundation’s David Wood supposed to be on the panel, too, but when I arrived, he wasn’t there. Unfortunately, I haven’t caught much of the action, but it looks like the audience was engaging. 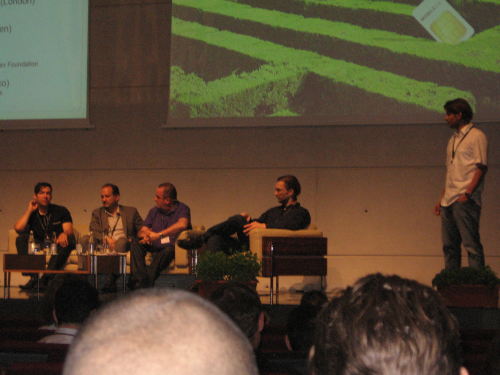 Afterwards, Tom Raftery from RedMonk talked about Mobile Sustainability, pointing out how climate change is affecting all of us. He also mentioned examples what handset makers and mobile operators are doing to “go green.” Vodafone was praised as the bright example, while Telefonica failed miserably. 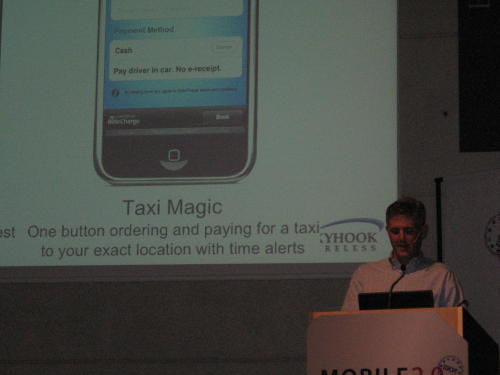 At the moment I write this, the “Context” panel is about to take off. Skyhook Wireless’ CEO Ted Morgan is having a keynote and afterwards we’ll hear the following people further exploring the subject:

Later in the day, I hope to catch up with some of the companies which are at the show. Stay tuned…