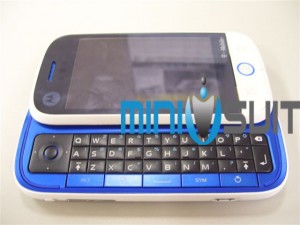 The Motorola Morrison is an Android handset we’ve been hearing about since making its debut appearance on T-Mobile’s roadmap alongside the Bigfoot. Now we’ve got a nice full blown picture that seems to line up with the fuzzy thumbnail found on the leaked document. Still no word on specs or pricing, but the internal calendar placed the Motorola Morrison for a release during the ’09 holiday season. Enjoy the eye candy for now, but odds are we’ll be seeing more detailed information trickle through the grapevine before long. As is, what do you guys think of the style? Looks a little Fisher-Pricey to me.

The folks behind the popular ConveyThis website translation widget have recently announced their entrance in the Android world. That means...