If you’ve been reading IntoMobile carefully, you know about Obopay. They are a mobile payment service provider that got its funding from such companies as Citibank and Nokia Ventures. That fact by itself should be a reason enough to think they’re onto something. At the Mobile Money Summit, I had an opportunity to sit with Obopay’s CEO and founder – Carol L. Realini. 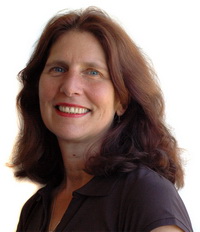 Right from the bat, I could see she’s an extraordinary person. Obopay is her 4th company, and her previous one was in providing technology solutions to financial services companies. Carol said that she was inspired to create Obopay when she was in Africa in a mobile phone store, where she saw how people pay for their pre-paid mobile phone service. At that time, the future founder of Obopay was working for an NGO, supporting entrepreneurs.

Here’s the recap of what I’ve learned from talking with her:

And that’s about all I caught from Carol. She is an inspiring woman and her company is certainly worth watching for. And that’s what we at IntoMobile will keep doing, have no doubts about it…