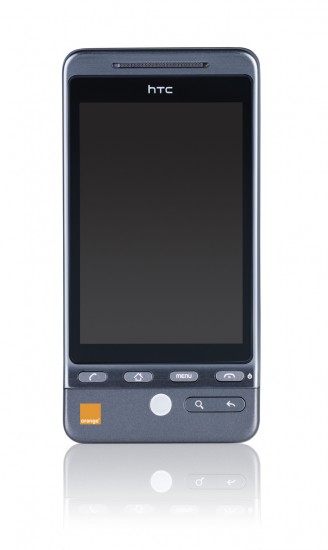 So, you might have seen that sexy little Android number being announced by HTC today called the Hero. 5 megapixel camera, 3.2″ HVGA display, Flash and multitouch support, running Android with a very slick Rosie user interface.  Well, appropriate to their London, England launch event, Orange UK is the first to announce that they’ll be carrying the Hero. Having just finished up with the HTC Magic, I really hope that some of the basic gaps I found in Android get filled, but it seems like a lot of the new stuff in the Hero is simply a slick user interface overhaul by HTC (although Flash support is nothing to sneeze at). As with many handsets in Europe, you’ll be able to pick up the Hero for free on a £39.15/month, two-year contract and comes in a graphite paint job. They’re ballparking an early July release, so if you’re looking to nab one, keep a close eye on the Orange online shop over the next couple of weeks.