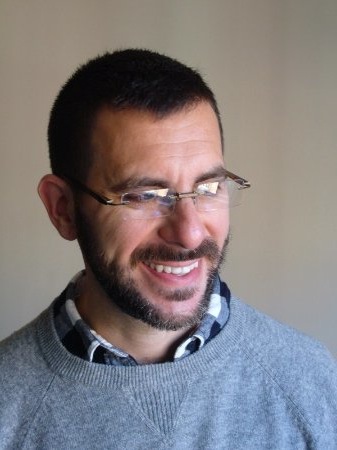 I just had the pleasure of interviewing Scott Weiss, User Interface Technology Manager at Symbian Foundation, about what Symbian is, what DirectUI is, and when you can expect Symbian OS based devices to stop looking like current Symbian OS based devices. The guy carries two phones, one personal, one for work: the Apple iPhone and a Nokia E71. You’ll have to listen to find out what his favorite mobile of all time is, you’d be surprised. It’s one of my favorite devices as well.

Scott’s background is impressive, check out his C.V. on LinkedIn.

I finished this conversation with a sense of relief and excitement. I’m relieved Symbian knows the position that they’re in; that’s the first step of working towards fixing the problem. I’m excited because the language he used is very non-Nokia (after 13 months of working at Nokia, I can spot Nokia people 100 kilometers away) and because he not only recognized the competition, but praised them. That shows that the company isn’t living in solitude, pounding their chest, proclaiming they’re the best.

I like Nokia, Symbian, Microsoft, Google, and major corporations, all for the same reason: they’re big. And when you’re big, you can potentially cause a lot of change. There will be a lot of Android devices shipped, iPhones, Palm Pres, whatever, but Symbian is still the leader and if they can get their shit together in less than 3-4 years, that’s only 2 generations of mobile phones, then they’re going to be fine. At the end of the day it will be consumers who win, more competition is always a good thing.

Thanks Scott for reaching out after I published this blog post, asking if I’d like to have a quick call, and agreeing to let me record him for the purposes of this podcast.

Huge thanks to Josh from Killer Mobile Software who provided me with a free license for Total Recall, the application that I used to record the call. It worked flawlessly!

Nokia E52 with non-US 3G gets approved by the FCC

The ultra-thin and sexy Nokia E52 has been spotted while passing through FCC's labs. The version FCC folks had to...