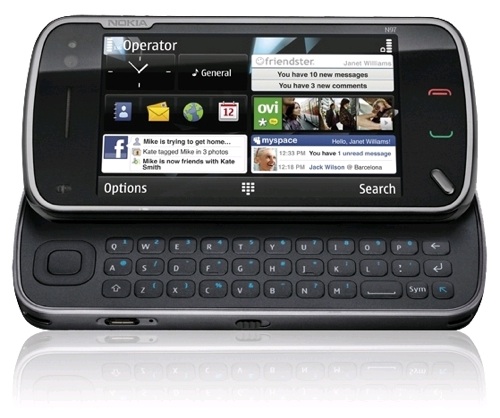 Time to get your lulz in.  Recently-appointed UK General Manager for Nokia Mike Loughran apparently isn’t shy about slinging dirt on the new iPhone 3GS.

“The new iPhone is an evolution rather than a revolution and for people trying to decide whether to get a Nokia N97 or an iPhone, it comes down to a decision on performance and value for money… The new iPhone seems to have the same design and colour, upgrading from a sub-standard two-megapixel camera to a still low 3.2-megapixel camera, and is probably a disappointment for many people given the high tariff and lifetime ownership costs.”

In the end, he believes the N97 will actually outperform the iPhone 3GS. While I’m sure in Europe the N97 will put up a better fight than over here, let’s see how it does once/if T-Mobile picks it up. Even though I largely agree with his assessment of the iPhone 3GS, it really doesn’t translate to the N97 doing better than such a popular device.

Nokia 5530 XpressMusic approved by the FCC

Nokia 5530 XpressMusic is officially approved by the FCC and is ready for the U.S. market. Lack of 3G means...