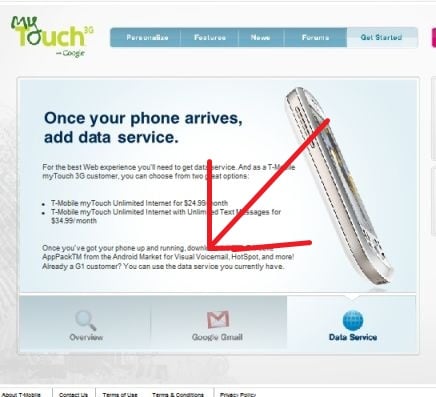 While some of you may already have pre-ordered the T-Mobile myTouch 3G, there was one thing most of us slightly overlooked when pre-ordering became available. If you take a close look at the myTouch 3G mini-site, you’ll notice that Visual Voicemail is mentioned more than once. Visual Voicemail has long been rumored to hit T-Mo sometime around the middle of this month (July 16th), and with mention of it alongside the myTouch 3G… we can’t help but conclude this rumor to be close. At the very latest, Visual Voicemail should arrive at T-Mobile in early August, when the pre-ordered units are delivered, and the general public-at-large can get their hands on new Android goodness.

Cue The Violins: HTC Hero Not Coming to T-Mobile U.S

Our man Daniel is with T-Mobile in New York this morning regarding their upcoming myTouch 3G (a.k.a the HTC Magic,...