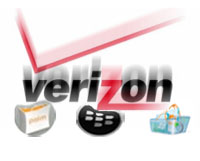 It’s not enough that Stefan and your mom both have their own mobile applications store, it looks like Verizon Wireless wants in on the party. Following LG’s just-launched LG Application Store (creative, no?), Verizon Wireless is planning a July 28 event to unveil their own mobile app store. The kicker here is that Verizon has announced that it will not allow any other app store on its mobile phones. Microsoft unexpectedly opened the Windows Marketplace to Windows Mobile 6.0 and Windows Mobile 6.1 smartphones, so it’s sad to hear that Verizon will be blocking the Marketplace on all its handsets.

So, why would anyone want to deal with Verizon’s application store? The No. 1 US wireless carrier is hoping that developers will want to take advantage of Verizon’s subscriber data and billing systems to help peddle their wares. The Verizon application store will be open to apps for Windows Mobile, Palm, Android and BlackBerry, but will require developers to submit their app to Verizon for approval. It’s unclear how much Verizon will be charging its developers for the pleasure of selling apps to its customers, but  Verizon’s VP Partner Management Ryan Hughes promises that the Verizon app store will be “competitive, not only with the price, but with the process and the simplicity which developers have come to expect in open ecosystems.”

We presume Verizon is trying to cash in on the wave of mobile application revenue flooding the iPhone AppStore, but they may just end up alienating potential smartphone buyers who are more interested in full access to the BlackBerry App World, Windows Marketplace for Mobile or the WebOS App Catalog. What about the iPhone App Store? Now, that‘s the question everyone is really asking themselves.

Windows Mobile users loyal to the AIM instant messaging platform will be happy to hear that the AIM 2.0 client...