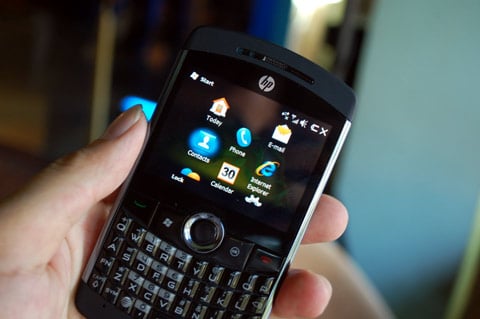 Some solid pictures of the first iPAQ in a long time have surfaced, and it looks like it’s packing Windows Mobile 6.5. The K3, code-named “Obsidian” isn’t anything especially impressive, but it sure is stylish.

Based on what we had heard before, the K3 should be packing tri-band HSDPA, quad-band GSM, Wi-Fi, Bluetooth, aGPS, 2.8? QVGA touchscreen, 2 megapixel camera with LED flash (although these pictures show a 3.2 megapixel camera with no flash), and 256 MB RAM. What we’ve learned from this first look is that it will be running on a 7200a Qualcomm processor, clocking in at 528 Mhz, and support microSD and 3.5mm inputs.

AT&T really needs the iPhone, but the iPhone doesn't need AT&T. That little fact alone is probably enough to give...