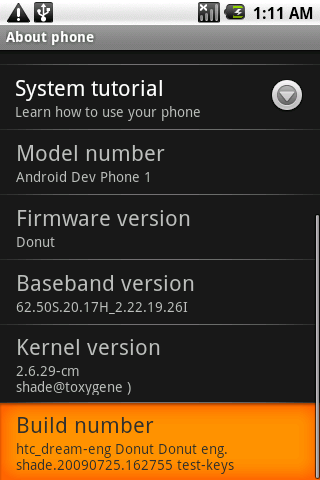 Google’s open source mobile operating system, currently up to version 1.5 and code named Cupcake, is about to get a whole lot more interesting with a new upcoming version known as Donut. A snapshot of the Donut source code has made it online and the biggest change worth noting: CDMA support. That should make Verizon and Sprint customers very happy. Gesture support is also included, along with a new UI for the camera application, new home screen widget that lets you toggle WiFi, Bluetooth, GPS and brightness, and improved overall performance. Expect to see this version up and running on devices this year, especially if Sprint CEO Dan Hesse confirms that there will be at least one Android device on his network by the end of 2009.

HTC has upload 4 new videos to YouTube to promote its latest Android-powered smartphone - Hero. The clips are nicely...