There’s little question that text while driving is dangerous. It takes a good deal of attention and focus for most people to send SMS text messages, which detracts from a driver’s focus on the road. Several US states have already made it illegal to send text messages while driving, with Washington DC following suit, but that still leaves the rest of the US vulnerable to inattentive drivers. So, in an effort to curb texting-while-driving across the nation, a handful of Democratic senators have put forth a new proposal that would ban any driver in the US from tapping out text messages on the road.

The idea is to keep motorists’ attention where it should be – on the road. Drivers would still be allowed to send text messages when behind the wheel of a stopped vehicle. But, once that car is in motion, SMS text messaging will be illegal. The legislation would 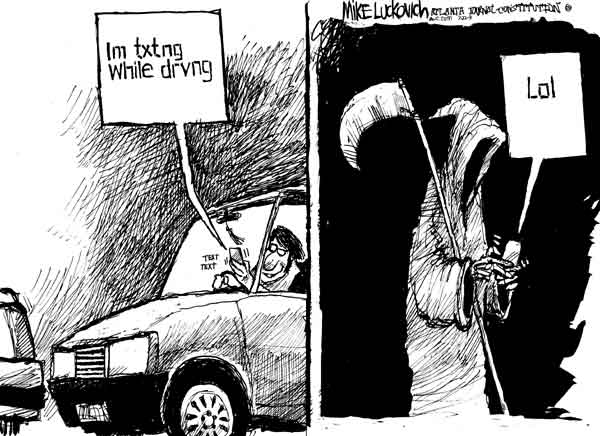 require all states to comply, or risk losing 25% of their federal yearly highway funding. If approved, the US Transportation Secretary would have six months to draft up guidelines. States would then have two years to put the texting-while-driving ban into place.

This legislation comes on the heels of a recent study from Virginia Tech Transportation Institute. The study found that text-messaging truck drivers increased their chances of getting into an accident by an astounding 23 times. Even the simple act of dialing a phone number or reaching for another gadget in the car increases collision risk by six times!

Almost as soon as Apple pulled the third-party Google Voice iPhone app GV Voice from the AppStore, the app shows...