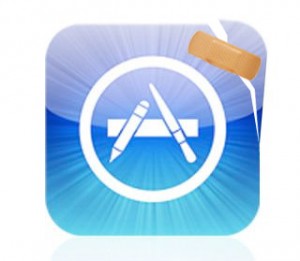 The iPhone’s AppStore may have seen over 1.5 billion downloads in the past year, thanks to a healthy catalog of over 65,000 iPhone apps. But, many of those iPhone applications have proven to be largely useless. Apple apparently knows this, and has taken action. The iPhone maker has pulled 943 iPhone apps from notorious iPhone developer Khalid Shaikh – saying that the app-spammer failed to secure copyrights, trademarks, and the like for content that Shaikh pushed through his iPhone apps.

All of Shaikh’s iPhone apps are essentially rip-offs. The apps are mostly content aggregators. The apps collect articles regarding a specific topic, and serve up that content to iPhone users. By charging $4.99 per app, Khalid needs to “fool” fewer people into buying his dubious apps than had he charged $0.99. He calls “less product value” a trade-off that fosters “more monetization.” We call it ripping people off.

But, as happy as we are to see Shaikh’s iPhone apps getting the boot from the AppStore, Apple’s decision to ban a developer that has published almost one thousand iPhone apps raises a more serious question. What, in the name of the sacred iPhone, is Apple doing behind the scenes in the AppStore? Why would Apple approve an almost countless number of iPhone apps that do little more than aggregate online content, only to pull the apps? Whatever the case, it’s clear that Apple needs to revamp its AppStore control policies. Not to mention a refreshed navigation structure.

My Tether turns your Palm Pre into 3G WiFi router!

The Palm Pre has just become a bit more useful to mobile warriors around the country. Thanks to the WebOS...