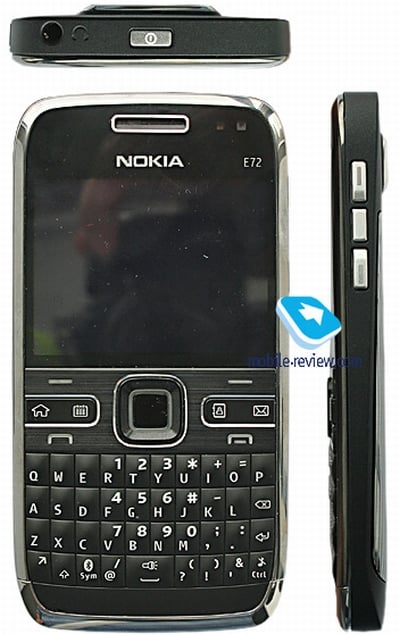 Eldar Murtazin, the Editor in Chief of Mobile-Review, has managed to get his hands on yet another mobile phone before everyone else, this time the Nokia E72. As a direct follow up to the E71, which has been wildly successful with over 5 million units sold thus far, the E72 brings to the table an improved 5 megapixel camera, 600 MHz processor, 3.5 mm headphone jack, and runs on the latest non-touch version of S60, version 3.2. Eldar has nothing but praise for the device in his preview, saying: “this is the most interesting devices on the market today, all the rest [have] to some extent a compromise.” While this isn’t a full review, that will come later, you can read his preview via Google Translate to get an idea of what has changed from the E71 to the E72 and if it is worth upgrading. The part I’m most excited about is the new 3.5 mm headphone jack, which Eldar claims comes with an enhanced DAC (digital-to-analog converter) like in Nokia’s music focused devices, delivering high audio quality. Battery life has also increased 15-20%, which is always a good thing! I’m disappointed that the red power button is gone. It added an extra touch of class, not to mention matched the color scheme of my ThinkPad.

This week in fake devices: 5 Nokias

Just as we hinted last week, this time we're dealing with fake Nokia phones, 5 of them to be more...