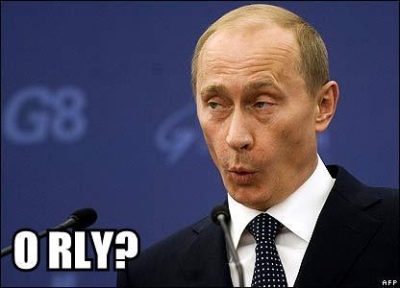 Bernstein Research analyst Toni Sacconaghi estimates that the mobile phone industry made $6.4 billion worth profit during the first half of this year, and that Apple, with the iPhone, captured $2.038 billion of that or 31.8%. The thing about that number is that it’s an estimate based on several assumptions. Apple is one of the few publicly traded companies with such a huge market cap ($148.30 billion) that continues to report their numbers based on a fiscal quarter system rather than calender. To put that into plain English, when Nokia, Samsung, Sony Ericsson, Motorola and others report their Q109 numbers, they report how much money they’ve made, or lost, between the months of January and March; hence the term Q109 meaning first quarter of 2009. Apple’s Q109 numbers, they fell between September 27, 2008 and December 27, 2008. Think different indeed. 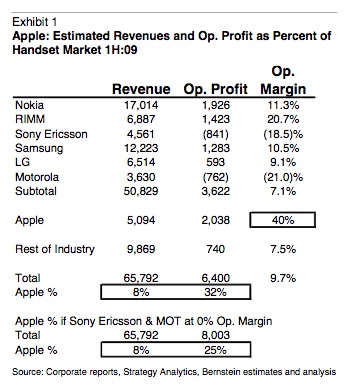 Apple Q209 and Q309 fiscal numbers fall between the dates of December 27, 2008 and June 27, 2009. We’ll count that as first half calendar year for the sake of the argument. In those two quarters the company posted revenues of $16.5 billion and profits of $2.44 billion. Now remember, those numbers cover everything Apple does, from the super cheap iPod Shuffle, to the ultra expensive Mac Pro desktops, to the millions (billions?) of songs sold on iTunes. Toni Sacconaghi estimates that $5.094 billion, or 30.8% of Apple’s revenues, and $2.038 billion, or 83.5% of Apple’s profits, came from the iPhone alone. During those two quarters, Apple sold 8.99 million iPhones (3G and 3GS), which would mean each iPhone sold was responsible for $566.63 in revenue and $226.70 in profit.

I just can’t believe that. His numbers seem right, the math adds up, but can you honestly wrap your head about the fact that 83.5% of Apple’s profits came from the iPhone?

I simply can’t. It’s … stunning if it was true. Shame Apple simply refuses to break down their numbers based on products.

Update: Really good blog post on CNN|Money discussing the declining importance of the iPod to Apple’s bottom line, and the rise of the iPhone.

PlayScreen, which apparently is the company that launched the very first iPhone game - iWack in July 2007, is out...