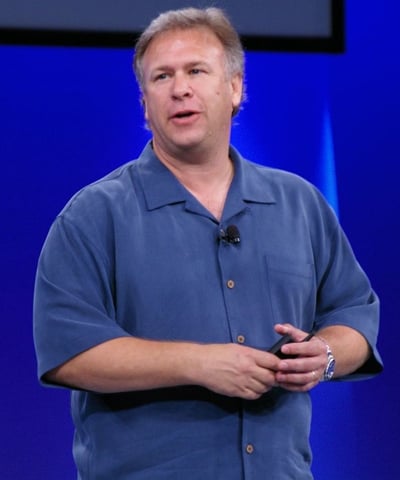 Apple Senior Vice President of Worldwide Product Marketing Phil Schiller has been having an email exchange with John Gruber, who originally broke the story about the hell iPhone application Ninjawords had to go through, that amounts to nothing more than an apology letter and a detailed explanation that there were a lot more swear words than “fuck” and “shit” that caused the application to get get rejected, causing the developers of Ninjawords to censor their application to be gain access to the almighty App Store.

This is the first time someone at Apple, especially this high up, has openly talked about the iPhone App Store process and admitted fault with the how it operates. If your application contains anything naughty, it must be rated 17+, even though there are other dictionaries like the American Heritage Dictionary rated at 9+ and Dictionary.com’s application at 4+, both having the words “shit”, “fuck”, and “cunt”. How much more of this can developers take before the switch platforms? Some important internet people, who I will not mention, have said they’re going to stop using the iPhone because of Apple’s iron fist.

Most users don’t care and will never hear about applications being rejected or delayed, but the people who stay glued onto the internet, people like me and you, know about this ongoing fascism and mock it openly when any small opportunity presents itself. It’s a hairy situation Apple is in. They’re trying to be China, meaning an entire new ecosystem is being built within the unicorn infested iPhone territory, and anything that doesn’t jive well inside will be taken behind the barn and shot in the back of the head. Apple’s App Store = The Great Firewall of China.

After the iPhone and BlackBerry, Amazon released its mobile application for Android-powered smartphones, allowing Google fans (and other Android handset...