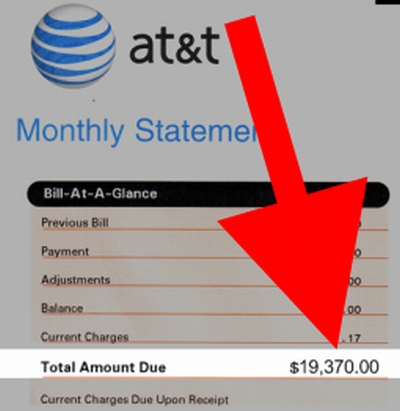 According to the Organisation for Economic Co-operation and Development (OECD), people in Finland, Sweden and the Netherlands have the lowest phone bills, while people in Canada, America and Spain have the highest. The metric they used to collect their data was to identify three different usage patterns and to calculate what the total expenses over a period of one year would be:

The data is in three spreadsheets which you can download here, but for the sake of argument let us take into consideration the medium usage scenario. People in the Netherlands and Finland pay the lowest, only $131.44 per year, Sweden is only marginally higher at $137.94. Americans pay the most at $635.85, but most surprising is how much cheaper the second most expensive country is, Spain, coming in at $508.26 and then Canada at $500.63. That would make the average mobile phone bill in Finland only $10.95 per month, while in America it would be $52.99, a difference of 484%! That number falls to 463% when you compare Finland and America at the low usage scenario, and drops even further to 319% in the high usage scenario.

I wonder what Verizon Wireless CEO Lowell C. McAdam has to say about these numbers, especially since he wrote a letter to the New York Times stating:

Among the 26 countries in the Organization for Economic Cooperation and Development, Americans use the most wireless minutes per month, about four times more minutes than the average European consumer. Americans get the lowest cost per minute…an average of 10 cents lower per minute than Europeans pay.

A few weeks ago I asked IntoMobile what they pay for mobile service, and you responded with over 37 comments. Just to recap what I pay here in Finland: $25.09/month for unlimited data and 1000 text messages. I don’t have a voice plan since I hardly use more than 10 minutes a month, but when I do make calls it is $0.13 per minute. Oh and let us not forget that people in Europe do not pay for incoming phone calls and text messages.

Sony Ericsson certainly needs some growth these days and in that sense they've pushed their recently announced Sony Ericsson T715a...